Mike Sherman is honored to be included!

Mike Sherman was honored to be included! 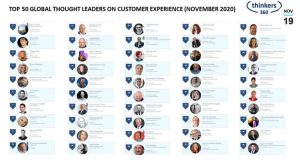 Click to see these endorsements as submitted to Linkedin

Mike has an amazing ability to bring research data to life, and to help his clients develop a strategy based on the research findings.

When we worked with Synovate when Mike was not part of their team, we found that the insights provided into the data were not clear and we were frustrated. However, when we asked for Mike to be part of the team we gained real undertanding and our strategy is still influenced by his insights.

We would definitely use Mike again

February 16, 2010, Michael was Mike’s client while he was at Synovate

Mike is a top quality research based consultant.

He made a huge impact at AMI/Synovate where his commitment to insight and added value analysis raised standards across many of our research teams. In fact we were able to leverage Mike’s work globally with improved standards for proposals, reporting and project management as well as initiatives such as our syndicated “Hot Spots” reports on key markets around the world.

Mike is a good teacher and mentor, works very hard and is truly action oriented. Most of all he gets stuff done.

I worked with Mike for 12 years. First when he was a client at McKinsey. More recently as a colleague at AMI/Synovate. I would be happy to provide more information.

Mike asks questions. Mike challenges. Mike does not accept anything less than excellent. And as a result? People around him lift their games and everything Mike works on – or near – is something to be proud of.

I really enjoyed working with Mike on projects. His pragmatic passion for things was contagious.

I have worked with Mike for several years in Asia and this year in the UK. His impact on our business was significant, impactful and measurable. I could see the client satisfaction scores (in all three markets where Mike worked) increase year on year. This was clearly driven by a massive improvement in report quality – the area Mike focussed on most strongly. Getting researchers to write structured, clear and uncluttered reports is no small feat, as anyone working in research knows. Staff who attended Mike’s training courses always said they learned a lot. Not only that, but he made sure they took the learning to heart and put it into practice. That’s the most critical part and one of several reasons I hold Mike in high esteem.

I first encountered Mike when he worked at McKinsey as a client of mine well over 10 years ago. Almost from the beginning Mike treated me less as a service provider but more as a member of his Team of budding Marketing Specialists. Soon McKinsey became one of the largest clients of Synovate in Korea and during the many projects we colaborated on I learned more from Mike than at any other stage of my career. It was Mike who truly taught me how to think!

Later Mike joined Synovate and we worked together as colleagues. We continued to work closely and I had the pleasure of watching him bestow the same care and attention to my direct reports as I had received.

Mike has been a true mentor to me during my career, I value and am greatful for the time we have worked together. Mike would be a massive asset to any organisation.

Mike drove real changes in the way Synovate thinks about planning and reporting projects, through his understanding of the business needs of clients and how research can best support these needs. Mike is one of the most knowledgeable, driven, challenging (in the best sense) and business-focused individuals I have had the pleasure of working with, and continues to inspire new ideas in every conversation I have with him.

Mike changed the way I think about research. He’s the best person I know for relentlessly focusing research on the business issues, something that surprisingly many in the industry simply do not think about.

Mike is a thoughtful and practical marketer with very wide experience. He wears his impeccable training and deep knowledge lightly whilst driving for high standards in all his work. It was pleasure to have him on the team and its great that we have kept in touch. Thanks Mike, hope to see you soon.

December 21, 2009, Henry was Mike’s client while he was at McKinsey

A small conversation with Mike while at McKinsey & Company led me to ‘try out’ analytical marketing; a decision that changed the course of my career.

Since that time, I have not found any other senior marketing executive with deeper knowledge of Marketing theory & practice than Mike. His depth of expert knowledge is outstanding, and just as practical as his understanding of all marketing domans.

If you want to engage in insightful conversation with a superb Marketing guru, Mike is ‘The Man’.

Mike is a consummate professional, who provides deliverables of the highest quality with unparalleled insight and innovation. He has an uncanny knack of getting to the heart of issues that he has, and does not have, expertise in. Satisfaction guaranteed for anyone fortunate enough to secure his services!

Mike Sherman has built the Living Analytics team at SingTel’s Group Digital Life from ground-up, and I have been fortunate to jump on board early to witness Mike’s resourcefulness.

Within a few months, Mike had data r&d, customer analytics, and market research functions up and running. He quickly attracted talent for key roles, while seamlessly supplementing in-house capabilities with rented resourced.

Mike has a gift for identifying trends and opportunities in the data. Mike’s vision of how to maximize value of mobile data was so spot-on, it grew into a separate line of business for the company.

Mike is a great mentor, investing time in his people – tirelessly teaching data scientists how to communicate complex data findings to management, and taking time to meet our families! Any organization setting up or optimizing its data team would certainly benefit from Mike’s expertise.

Mike is an extremely inspiring boss to work for, and to learn from. With an amazing vision, Mike is always able to come up with a strategy that translates business needs to operational day-to-day work of the team. Mike was always able to facilitate inter-teams collaboration, creating an innovative team culture that celebrates success, enabling the best ideas to be developed. As a manager, Mike is supportive of the career aspirations of his team, creating opportunities for individuals on the team whenever possible.